Check out your ideal tutor that you could be looking for. Since our tutors offer major of the tutoring online, you can also make an instant booking anytime – anywhere. 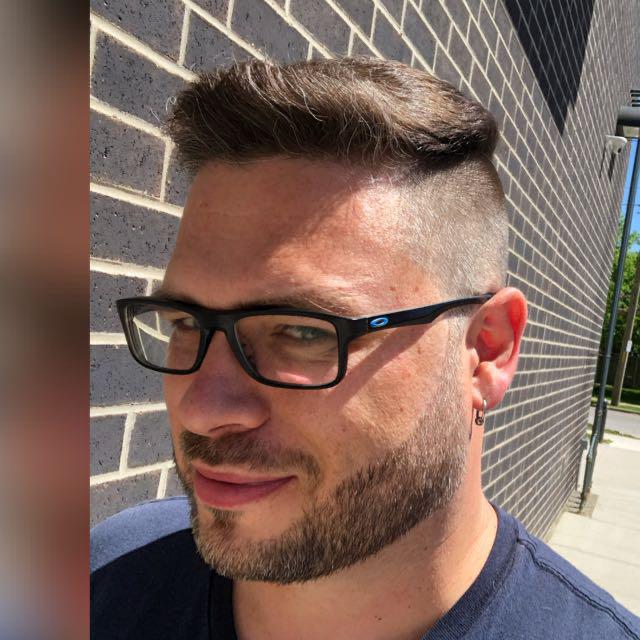 James has a Bachelors of Math from University of Waterloo in Applied Mathematics with a minor in Engineering. He is currently pursuing a Masters of Applied Science in the field of Computational Fluid Dynamics at Waterloo. He has two years of tutoring experience.

James prides himself on helping students learn how to enjoy mathematics and all it offers. His personal philosophy is: Learning math is like learning guitar – you only get better by playing.

James is worth selecting as your tutor for his excellent tutoring at the following courses: 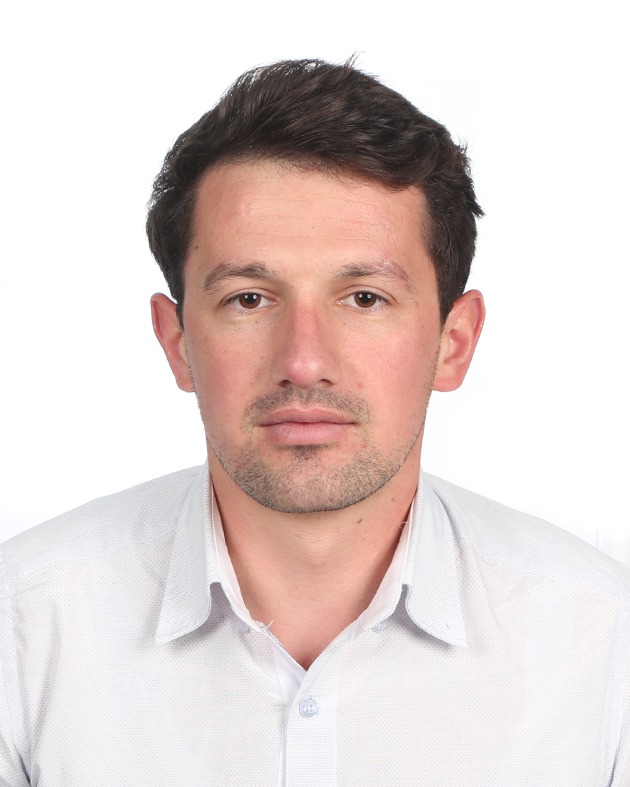 He is a Lecturer at University and High School Teacher. He has other experiences such as Chemical engineer in Industry, Quality Control and freelancer. He has seven years experience in Teaching, Technical Writing, Olympiad questions solver.

Elidon is excellent tutoring at the following courses in both university and college levels:

Gerron attended New York University where he received his master’s in math.

Gerron firmly believes that rote memorization and sterile practice problems are no way to learn math. He emphasizes the importance of intuition and developing one’s own personal style of problem-solving and learning.

Gerron is available to tutor students in: 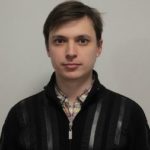 Georgii is PhD in Probability and Mathematical Statistics.

A Fellow researcher at the department of stochastic processes, Institute of Mathematics, Kyiv.

Georgii is proficient at tutoring:

Lindsay has a Bachelors of Education from Wilmington College in Math and Language Arts. She is currently working as a Teacher in Dayton, Ohio. She has five years of teaching experience and two years of tutoring experience.

She prides herself on helping students learn different strategies in math and teaching them that learning can be fun! She believes it’s important for students to understand that it is okay if something is challenging or difficult, as long as you don’t give up! Everything gets easier with practice!

Her expertise is tutoring students in elementary and middle school Math and Language Arts. 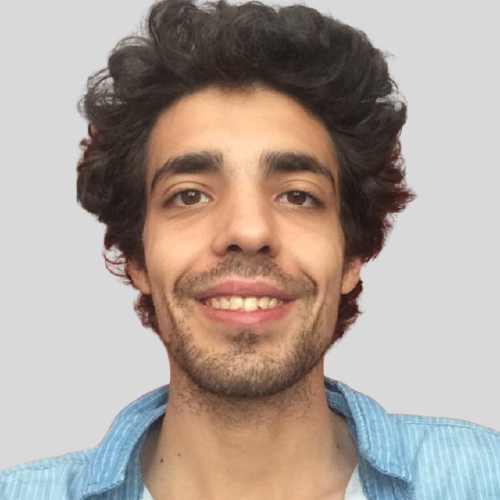 Justin Petrillo is the lead instructor for Data Science at Mathematics Academy. He is a Research & Development Data Scientist, having worked as a Statistician, Data Analyst, Data Scientist, and Research Software Engineer in many different scientific projects, ranging from Geophysics research on the drying of the Sahel for NOAA, air pollution in Camden, NJ, sociological field work in Mumbai, gene-culture co-evolution meta-analysis, outcomes evaluation research on the most cost-effective treatments to heart-failure, and computational biology tools for phylogenetic analysis. In industry, over the course of 5.5 years, he worked as a Data Analytics & Technology Product Manager, growing a technology-skills company and developing scientific technology for research and intervention in the social epidemiology of the disease, mental illness, and violence. His academic training is as a Quantitative Political Scientist.

Justin graduated from Yale with a B.A. in Political Science, an inter-disciplinary specialization in the quantitative methodological differences between social and natural sciences, and a Thesis on the social physics of the functional dynamics of reflexive democratic communication processes. After college, he scaled General Assembly, Inc from a $30 Million single location co-working & education business to a $1 Billion international enterprise as their first Analytics Manager by building data pipelines and a general business analytics system. Then he started his own research and development ventures: Sociable Health, Inc developed an Informatic Medicine System for NIH, and Mimely, Inc developed a Complex Therapeutics System for NIMH to crowdsource cognitive behavioral therapy.

In the Fall of 2015 Justin joined Mathematics Academy, Inc as a Data Science Instructor. While teaching, he attended the New School for Social Research for an M.A. in Politics and City College of New York for an M.S. in Mathematics, where he worked on a National Science Foundation project developing computational tools for phylogenetic analysis and developed new quantitative methods for political-economy data analysis. He lived in Honduras for 3 years where he applied these methods to develop technology for large-scale deep population surveying of migrants to research and mitigate the migration crisis. This last year he wrote the lecture series A Tutorial on Data Science for his students and held weekly Research Colloquiums to discuss on-going COVID-19 data science work – both are available in here.

Joshua Myrvaagnes focuses on helping students think and write more clearly and learn more about themselves. He works on college essays, SAT and ACT prep, and math. He has a BA from Harvard, has written two books of poetry and a novel, and founded a theater of homeless persons in Boston.

He has been tutoring with Math Academy and other tutoring companies for two years now, and also taught classes in East New York and Chinatown. He uses reality-tested research from BRAIN science and the business world to enhance his delivery of support.

He is available for the followings courses:

Welder is a Statistics, Math, and Programming online tutor with over ten years experience and thousands of hours in online and face-to-face tutoring. He has worked as a tutor for several online platforms and as a Data Analyst over seven years for startup companies. His main scientific publications (under the name WB Oliveira) may be found in here.

Welder is proficient at tutoring:

I am a professional statistician with a doctorate degree in Statistics. Presently, working as a Statistics Professor at University. I have 8 years of teaching experience. I have taught both undergraduate level and postgraduate level students of colleges and universities. I have 12 research papers published in peer-reviewed and referred journals. I have collaborated with departments of biostatistics, microbiology, physics, environmental science, social science, management.

My specialization is in Sampling Theory, Design of Experiment, Econometrics, Multivariate Analysis, Parametric Inference, Factorial Experiment, Sequential Analysis, Numerical Analysis. I have good command over Applied Statistics as well. I use software like Ms Excel and R to perform analysis. My teaching involves lots of real-life examples to make the context of the taught topic relatable and engrossing. I try to make my teaching as simple as possible for students of any caliber to understand and simplify the concepts to the very basics. I also help in writing a thesis and working on survey analysis and other such problems. 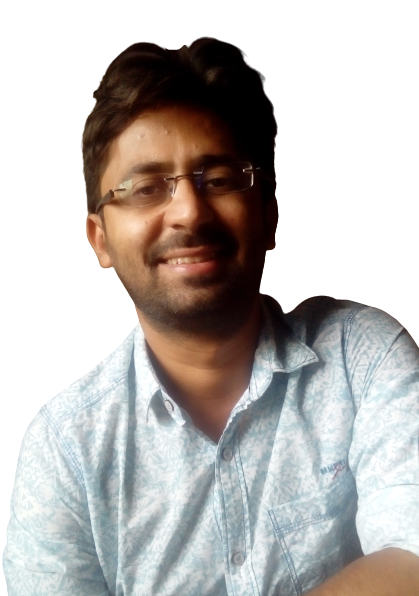 Amit is a math tutor for standardized tests such ACT, SAT, GRE, GMAT and also high-school levels. He has been tutoring since last 6 years and enjoying every bit of it!

He has a degree in engineering and also a Masters in Business Administration.

Amit loves problem solving-whether it’s Math or real life! Amit loves getting it into the zone to help student remove the Math phobia and improve their scores remarkably.

Amit follows the formula ( I do -> we do -> you do). It means he explains a concept, then he does it together and finally it is the student who does it. Besides, he makes his students ‘think’. He tries ‘not’ to spoon-feed direct answers but instead does a lot of scaffolding to actually arrive at answers. 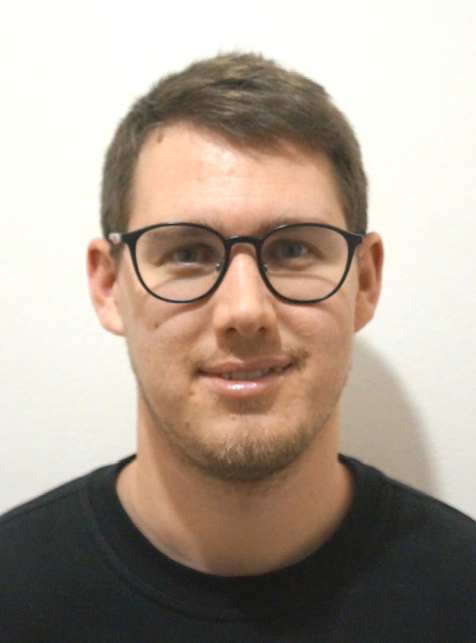 Josip obtained his master’s degree in Physics from the University of Zagreb (Croatia). He has more than 5 years of tutoring experience in math and physics.

His approach in tutoring is to create a relaxed and warm atmosphere where learning is not a painful experience. He likes face-to-face tutoring because this allows students to be more engaged and smiles to be seen.

He’s also interested in the foundations of quantum mechanics where he has co-written and published a scientific paper.

Daniel Koch is a tutor for high school / college math and physics courses.

He works at Hunter College, on the Upper East Side, as a Physics Lab instructor as well as attends classes as a grad student at The Graduate Center. He possesses over 4 years of tutoring experience, in all levels of math ranging from Algebra through Calculus, and beyond. As a Physics Ph.D. student, he has gained exposure to many different specialized subjects of math, and feels confident tutoring numerous college math courses, even spanning into upper-division and major courses. In addition, if beginning computer coding is a skill that you are seeking help in, Daniel is fluent in Python and can teach you the basics.

Courses that Daniel can tutor:

Want to join our team?

Math Academy is a reflection of the exceptional team of highly educated and experienced professionals with solid leadership, communication, and access to good resources contributing to the enriching success history of personal and efficient tutoring. All of these come down to having a great team who understand each other and work well together.