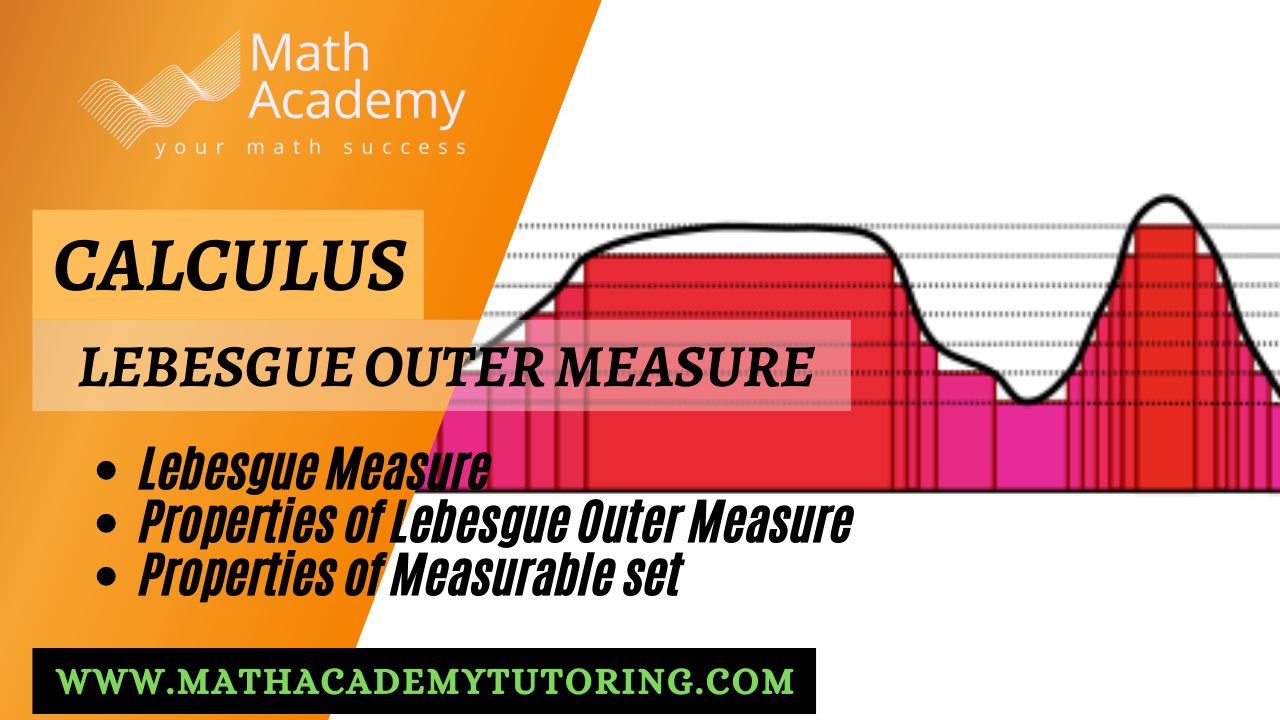 The Riemann integral of a bounded function over a closed, bounded interval is defined using approximations of the function that are associated with partitions of its domain into finite collections of subintervals. The generalization of the Riemann integral to the Lebesgue integral will be achieved by using approximations of the function that are associated with decompositions of its domain into finite collections of sets which we call Lebesgue measurable. Each interval is Lebesgue measurable. The richness of the collection of Lebesgue measurable sets provides better upper and lower approximations of a function, and therefore of its integral, than are possible by just employing intervals. This leads to a larger class of functions that are Lebesgue integrable over very general domains and an integral that has better properties. For instance, under quite general circumstances we will prove that if a sequence of functions converges point-wise to a limiting function, then the integral of the limit function is the limit of the integrals of the approximating functions.

One of the primary motivations for developing a theory has to do with the failure of the theory of Riemann integration to behave nicely undertaking point-wise limits of functions. In particular, it is well-known that point-wise convergence of a sequence of functions does not translate to the interchange of limits and integrals; for example, if

converges point wise to the zero function. If we take its integral,

This inability to interchange a limit and an integral can be extremely inconvenient. One can interchange a limit and Riemann integration under certain circumstances like uniform convergence, but this is usually far too restrictive of a condition. What measure-theoretic integration gives you is a way to do this interchange provided us, have point-wise convergence and much weaker conditions than uniform convergence; in exchange, it forces us to throw out sets of measure zero. In addition, once the theory is developed we suddenly have extremely powerful tools to take limits of integrals you did not have before (Lebesgue dominated convergence theorem).

So we have two main motivations to make a rich theory

denote the collection of all intervals of

we write it as

. By convention, the open interval

is called length function defined on

Algebra on a set:

be any non-empty set and let

a collection of subsets of

is called an algebra of subsets of

is called Algebra on

Algebra on a set:

be any non-empty set and let

a collection of subsets of

Algebra of subsets of

Def:- For every subsets

, the Lebesgue Outer Measure of

varies over all possible sequence of open intervals of

The Lebesgue Outer Measure is generated by length function which is defined on earlier so it’s preserves some of their properties.

Now we already noticed that

hasn’t had the properties of finitely additive and not countable additive (why?)

A Vitali* Set in

, has a positive measure

denote translation. (\textit{That is, for

is invariant under translation, so

be a Vitali set, and let

be an enumeration of the rationals in

are pair wise disjoints and their union is

. By countable sub-additively we have

In particular we must have

So we can find an integer

are pair wise disjoint, and since

On the other hand,

So we saw that

is not finitely additive and it is also not countable sub-additive.

Vitali: An elementary example of a set of real numbers which is not Lebesgue measurable.

is said to be Lebesgue-Measurable if

This Condition is known as Carathéodory Condition.

Properties of Measurable set in R

is a countable set in

(Borel Set: Collection of all

:- Collection of all Lebesgue Measurable sets in

Algebra and it is the largest measurable

)  is called Measure Space which we want to achive.

Now we got a new developed theory on subsets of

and we can use to find the integration over rationalize functions too. This rich theory gave us more freedom to apply on the space or subsets in

Don’t forget to join us on our Facebook page for any new articles and a lot more!!!!!