Infinity: Facts, Mysteries, Paradoxes, and Beyond

If you took a look at the previous articles about limits of functions and their properties, we used many times the notion of infinity and evaluated the limits when approaching infinity. In this article, we will learn about the concept of infinity and some of its characteristics, counterintuitive facts, paradoxes, and more!!!

Infinity, a word that we all hear and may think we comprehend, but do we?! Or do we just have the impression or even the illusion of understanding it?! Well, one thing to start with is that the abstract concept of infinity took a long time and effort to form even from the greatest minds of mathematicians and philosophers to arrive at the present understanding, so chances are we have a lot of things to learn about infinity.

Infinity is an abstract concept describing what is uncountable, unlimited, endless, or without boundaries, the word infinity comes from the Latin word “infinitas”, which means “boundless”. Infinity is usually noted with the symbol

called “Lemniscate” originating from the Latin word “lemniscus” which translates to “ribbon”, this symbol was introduced for the first time by the English mathematician John Wallis around 1655.

Although a theoretical concept, it is of the utmost importance in many fields like mathematics, physics, computing, or even in metaphysical or religious subjects.

Humans started thinking about infinity since the Greeks and ancient Indians or maybe even before. The idea of infinity took a long time to develop to the current understanding, many different philosophers, mathematicians, and physicists contributed throughout the centuries each from their perspective and fields of knowledge.

Infinities and not just one infinity 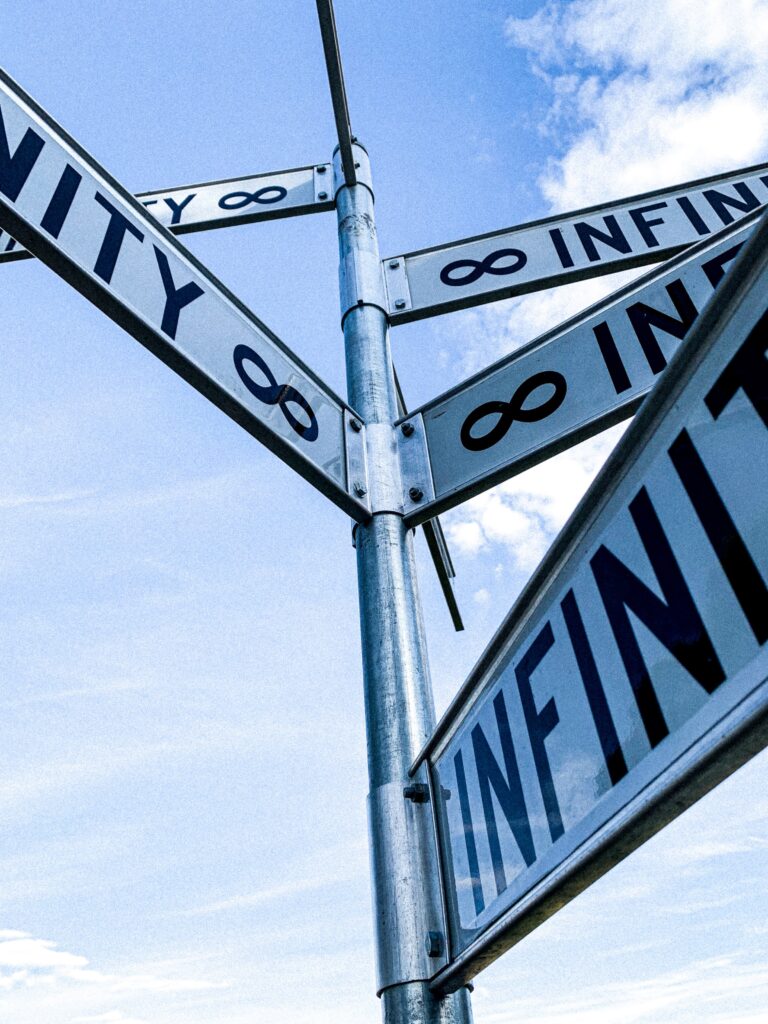 Well, there isn’t just one infinity, and not all of them are the same. In fact, there are infinities bigger than others or smaller than others, the most trivial way to illustrate it is to add a number to infinity and you get a bigger infinity:

, but let’s see some examples of some infinities:

In mathematics, infinity can be positive or negative, there is no number bigger than positive infinity, and no number smaller than negative infinity.

These differences between the various infinities are the reason why we have some indeterminate forms, for example, we can’t say that the division of infinity on infinity is 1 because they might be different infinities and one is bigger than the other, or the case of infinity minus infinity we can’t say that the result is 0, and that’s the reason why we resort to some other methods like L’Hôpital’s rule to avoid the indeterminate forms. Of course, we don’t face any problems in some operations on infinities like 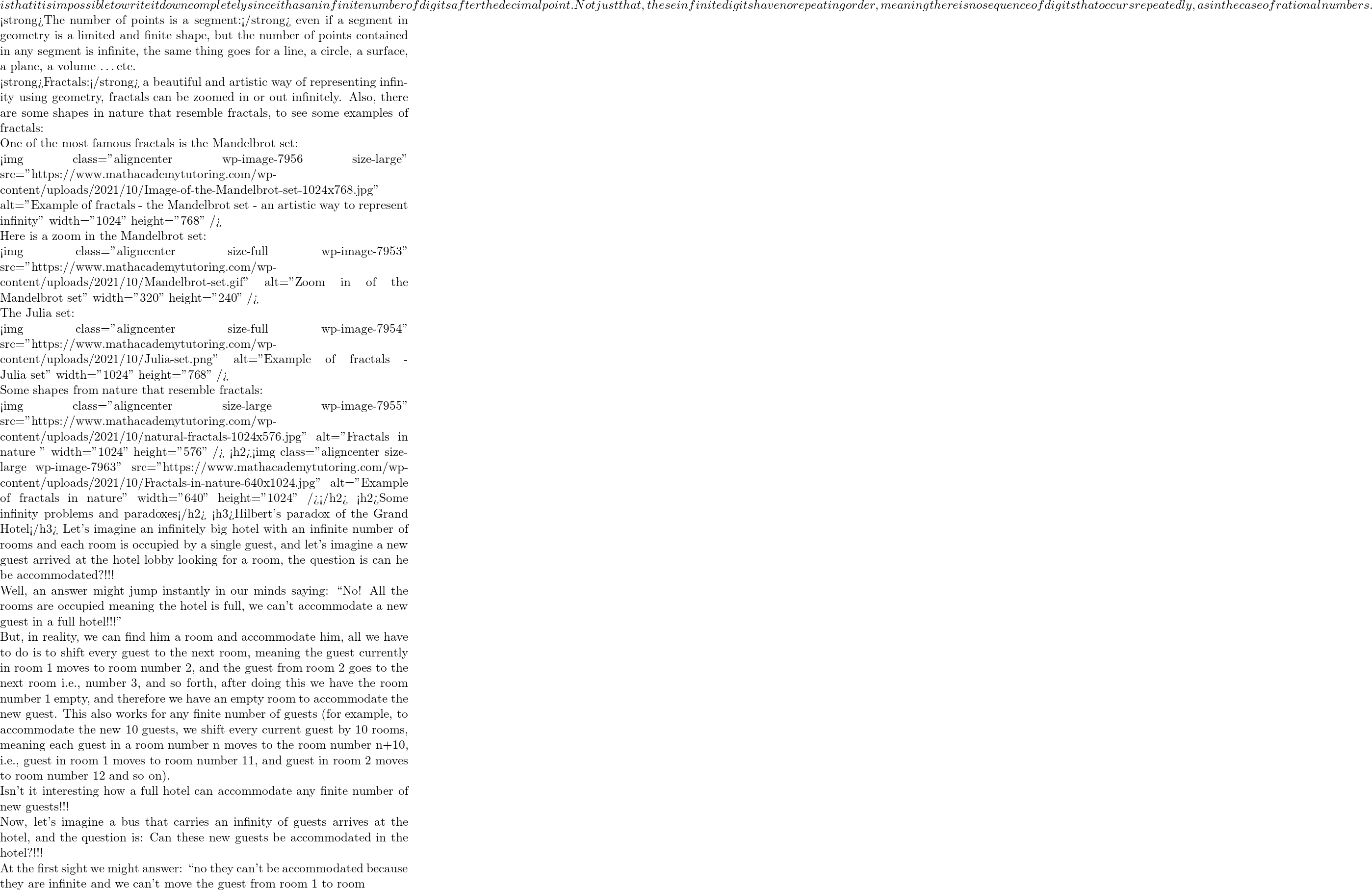 \infty+1$ and the same thing for the other current guests” and that’s true, but we can still accommodate this infinity of guests, all we have to do is to move every person to the room with the number equal two times the current one meaning moving each guest for room n to room 2n (guest from room 1 to room 2, guest from room 2 to room 4, … etc.), and by doing this we assure that all the rooms with odd numbers are empty and which are infinite since the old residents of the hotel are now occupying only the rooms with even numbers, and therefore, we can accommodate the infinite guests in the infinite empty rooms with odd numbers.

How interesting is that!!! A full hotel can accommodate an infinity of new guests!!!

Well, there are many other cases treated by the Hilbert’s paradox of the Grand Hotel; check out these two videos for more interesting scenarios!!!

Check out the solution for this paradox in this video

At the end of this article, we hope you enjoyed learning some things about the strange, amazing, and even confusing side of the concept of infinity. And remember “there is an infinity of things to learn about infinity”!!!