To continue with the introduction to Set theory, in this second article we will learn about Van diagrams, cardinality, and some of its properties.

After learning about the relations between sets and the operations on sets and their properties we will learn in this second article the representation of sets with the Van diagrams, we will also introduce the concept of cardinality and we’ll have a look at the importance and usage of set theory.

Quote: “A set is a Many that allows itself to be thought of as a One.” -Georg Cantor

A widely used way to visually represent sets and the relations between them is using Venn diagrams, this way of representing is named after the English mathematician and logician John Venn, who lived in the 18th century.

this way of representing the sets and the different relations between them is simple and easy to apply, we can summarize it as follow:

1-We draw a circle to represent a set, an ordinary one meaning not a universal one, inside the circle, we find the objects or elements of the set. The different circles representing the sets can overlap which means that these sets intersect.

Note that, a universal set is a set that contains all the elements that may be taken under consideration, in set theory to define the domain in which the operations on sets are done is to define the universal set. it is usually denoted

Definition: We call a universal set the set of all the possible objects.

2-We draw a rectangle to represent the universal set, inside of it we find all subsets and elements.

Here are some illustrations of the main operations on sets: 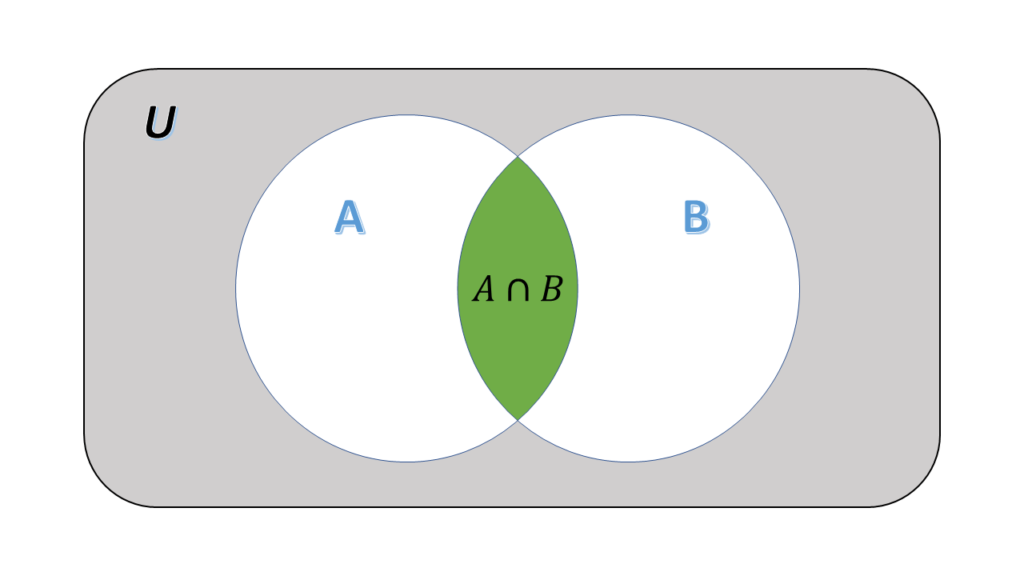 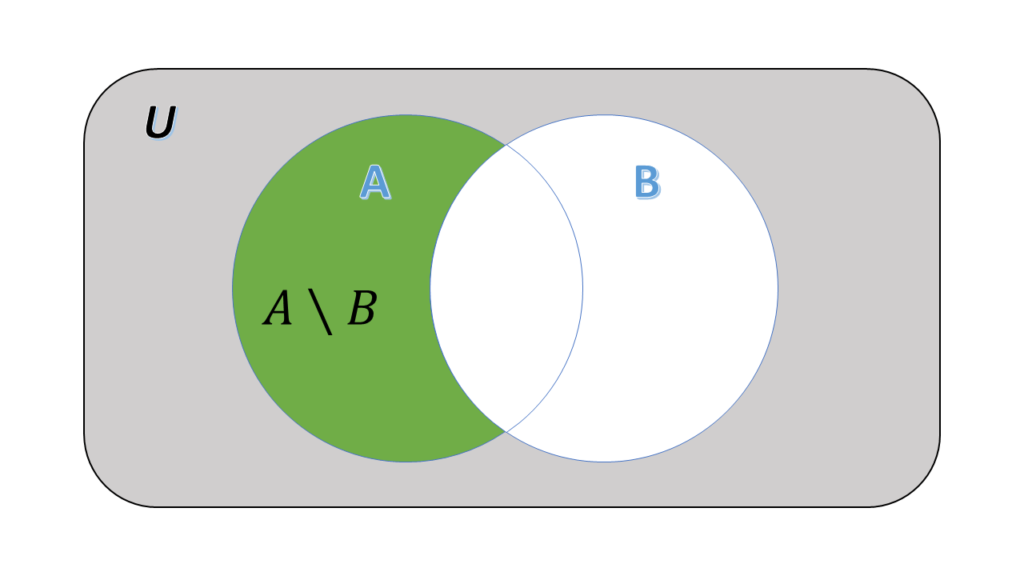 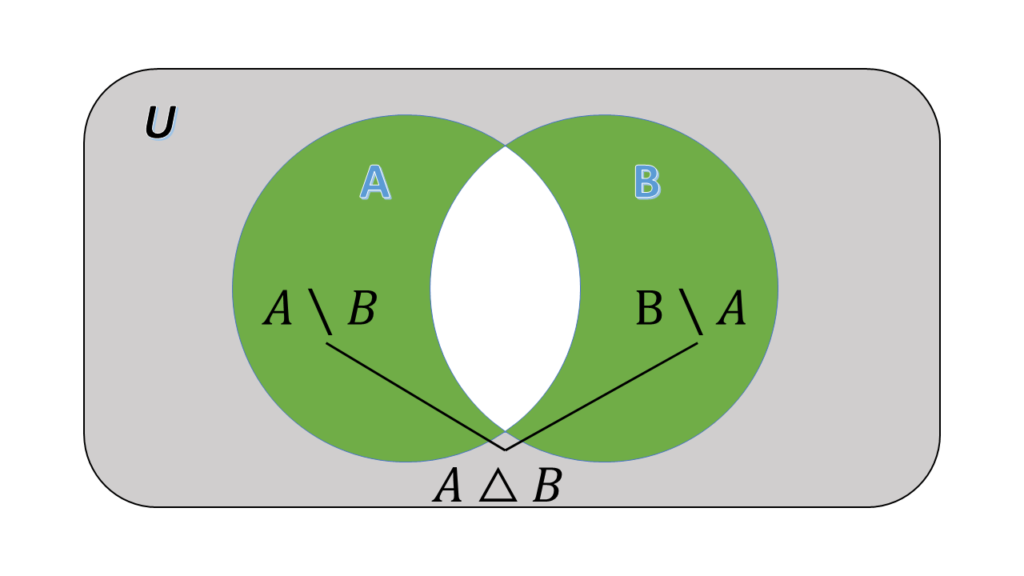 A special and simple aspect of sets that mathematicians are always interested in, is the total number of distinct elements of a set whether it is a finite set or infinite. This property is very important since it allows us to know the size of a set and compare the different sets among many other things.

The cardinality of a set

and sometimes in some references, it is noted by

Note that the cardinality of the empty set

Note also that we count only the distinct elements so for example,

First let’s take a look at some illustrating examples:

Example 1: Let the universal set be:

Then we have the cardinality of the universal set

And the cardinality of

We have the cardinality of

(note that we can write

in a different form such as:

In case we have two sets

with the same cardinality we note

and we say that

have the same size. Be careful between

have exactly the same elements, for example, if

and then we have

it means the number of elements of

is equal to the number of elements of

but it doesn’t necessarily mean the same elements, for example, if

but not the other way.

For the case of infinite sets, cardinality has some interesting properties, for example, we can have two infinite sets

and yet the number of elements of

is bigger than the number of elements of

; this is a fundamental result of set theory for the study of limits and their properties. for more understanding check out our article about Infinity: Facts, mysteries, paradoxes, and beyond.

we can easily conclude that:

Some properties of cardinality

be two sets, we have the following properties:

-Assuming the axiom of choice, we have the following result:

The cardinality of the union of

is equal to the cardinality of the cartesian product of

and it is equal to the maximum between the cardinality of

and the cardinality of

we have the following properties: The Inclusion-Exclusion principle:

Let’s take a look at an example for a better understanding of the Inclusion-Exclusion principle:

Suppose that at a birthday party we have the gests meet the following description:

And we want to determine the number of guests that have black jeans!

To answer this question, we take the following steps:

be the set of guests with blue shirts

be the set of guests with green shirts

be the set of guests with black jeans

Now using the notation, we can write the information given as follow:

we can safely assume that

since guests are either wearing a blue shirt or a green one not both at the same time.

Now using the principle of Inclusion-Exclusion we get:

Examples of sets having equal cardinalities:

and the set of odd numbers

and the set of even numbers

and the set of integers

-The set of real numbers

and the interval of real numbers

have the same cardinality, i.e.

In this article we learned about the visual representation using Venn diagrams; we also learned about the concept of cardinality and some of its properties in the case of finite or infinite sets, and how it allows us by counting the number of distinct elements of sets, to compare their sizes either they are finite or infinite. This article shows a part of the importance of set theory and how it is fundamental for studying limits and comparing them, it is also fundamental for Algebra, logic, and probability theory among many other branches of mathematics and other sciences. Keep in mind that this is merely scratching the surface of set theory and that the set of things to learn about set theory has an infinite cardinality!!!!!